Dr. Robert R. Watson is originally from Fairfield, Montana, a small farming town in at the foothills of the Rocky Mountains. He studied at Brigham Young University in Utah where he earned a Bachelor of Arts in History. He then received his Doctorate of Dental Surgery from the University of Minnesota School of Dentistry. After dental school, he completed a one-year Advanced Education in General Dentistry residency at Eglin Air Force Base in Florida.  He then spent three years in Japan and four years in England serving as a dentist in the United States Air Force where he attained the rank of Major.  In 2016 he moved to Apex, North Carolina where he eventually met Dr. Bass and partnered to form Bass & Watson Family Dental.

Due to his advanced training and experience, Dr. Watson is proficient in a myriad of dental procedures including crowns, cosmetic dentistry, root canal treatment, extractions, wisdom teeth removal, Invisalign®, and pediatric dentistry. He is also one of a handful of certified IV sedation general dentists in North Carolina.  He is a member of several professional organizations including the American Dental Association, the North Carolina Dental Society, the American Dental Society of Anesthesiology and the American Society of Forensic Odontology.

When he is not treating patients, he loves traveling with his wife, Lyana, and their three children.  He especially enjoys outdoors activities like camping and hiking, and you may even catch him on one of the local disc golf courses perfecting his drive. 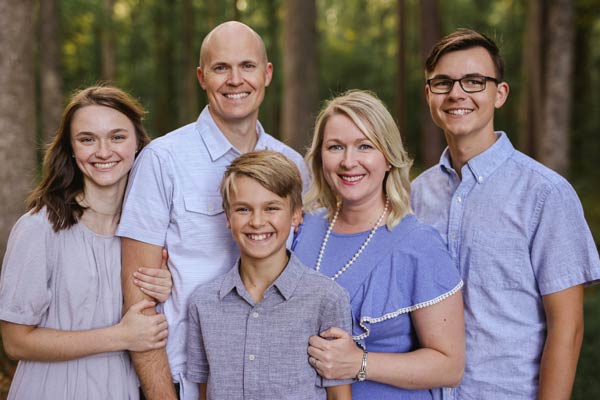